The Meaning of Kimchi: How Did Kimchi Become So Special to Koreans?

Among all of the fermented vegetable dishes that exist in the world, why is kimchi so different in taste and appearance, and why has it become a special food linked to the sentiments of the Korean people? This article will explore the unique way kimchi is produced, its taste and the collective culture it has created through Koreans’ use of creativity in the face of dynamic environmental conditions. 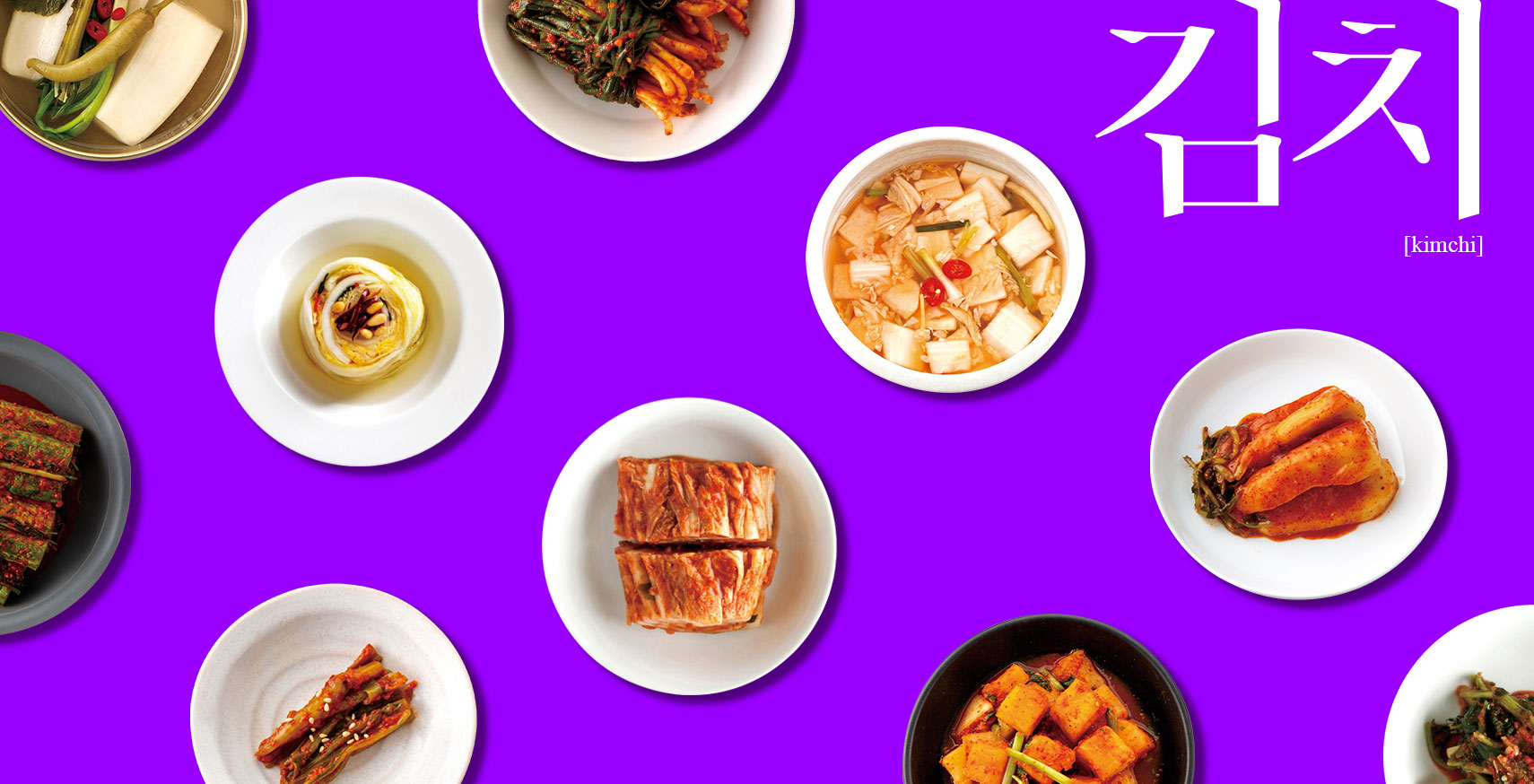 As part of efforts to ensure enough food would be available during the winter season, humanity found original ways of storing food by drying ingredients or salting them to preserve them longer. Preserving food this way is common to many cultures throughout the world. Because the utmost priority has been to preserve food for long periods of time, most cultures have heavily salted their food and then desalted it before eating, or have simply cooked the food again.

Korean kimchi has developed in a very unique way, however, with spices that include salt, jeotgal (salted seafood) and various kinds of condiment vegetables. Kimchi is the world’s only vegetable-based food that, in addition to being preservable, includes spices that mix animal-based jeotgal―which gives the fermented kimchi a deeper taste―with red pepper, green onions, garlic, ginger, and gat (leaf mustard). There is no need to de-salt it or cook it any further before eating. 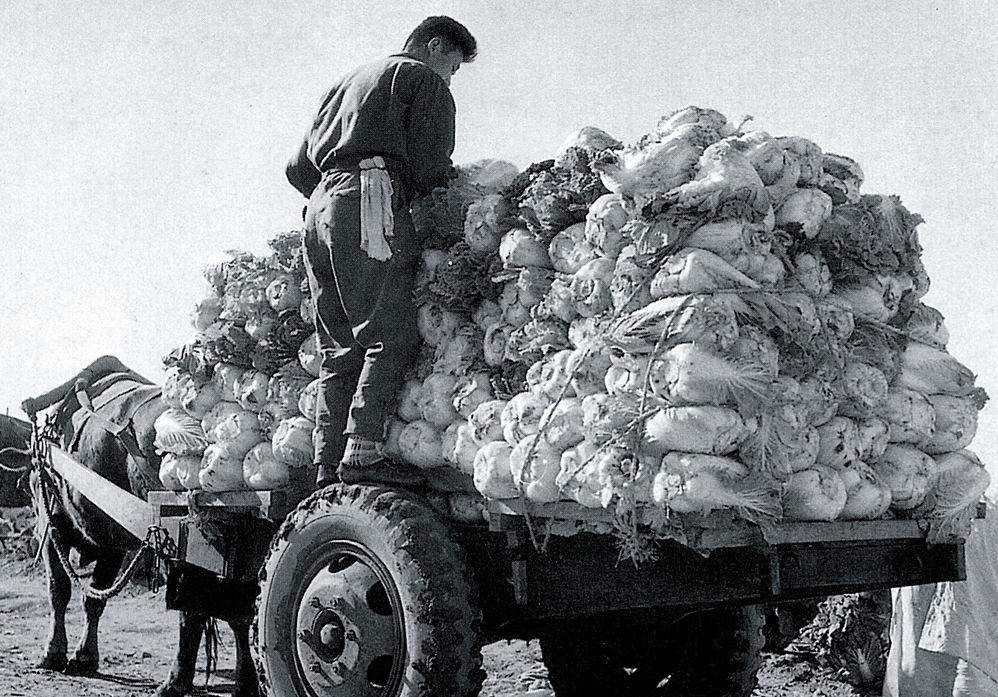 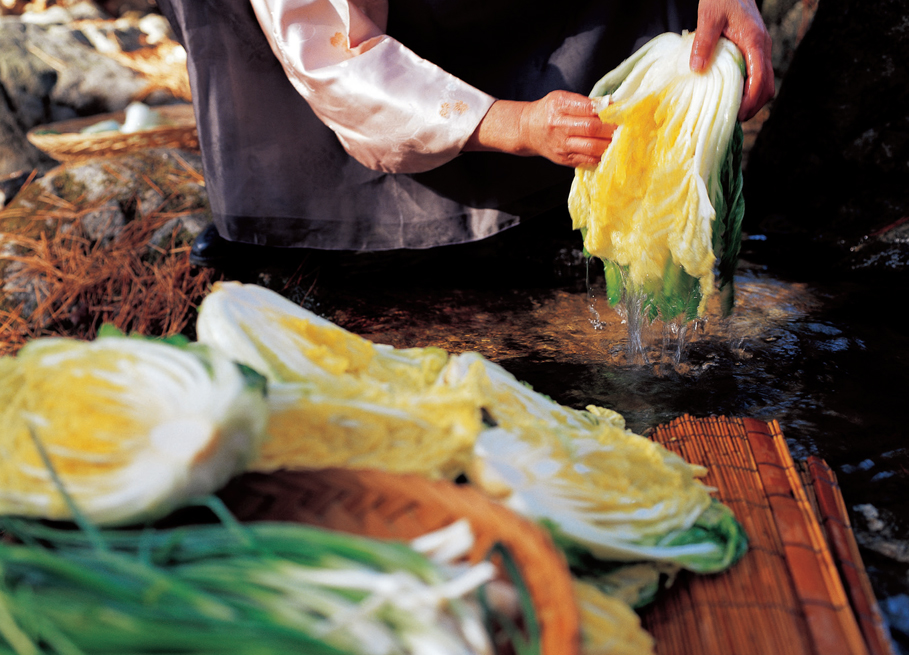 Typically, you just need to make sure preserved vegetables have not decomposed when cooking them again after they have been preserved. This is because other flavorful ingredients will be added to the vegetables before they are eaten, or they will be enjoyed with other side dishes. Kimchi, however, is different: it can be eaten without any additional cooking. Kimchi’s move from being a food that can be stored a long time to one that is “tasty” is a natural transition in Korea’s eating culture and also an example of Korean wisdom at work.

Kimchi need not be a winter-exclusive food when we consider kimchi’s original reason for existence: the ability to be stored for a long time. Koreans have been able to make delicious side dishes with kimchi that can last two weeks using in-season vegetables throughout the year: during the spring, water parsley, spinach; during the summer, chives and perilla leaves; and, during the fall, green onions and sweet potato vines. The vegetables available differ due to contrasting climates and environments that change depending on the season and region; as such, there are about a hundred different kinds of kimchi in existence today. Moreover, the types of seafood available in Korea’s eastern, western, and southern seas differ, which has led to contrasts in the types of jeotgal used in kimchi making throughout the country. 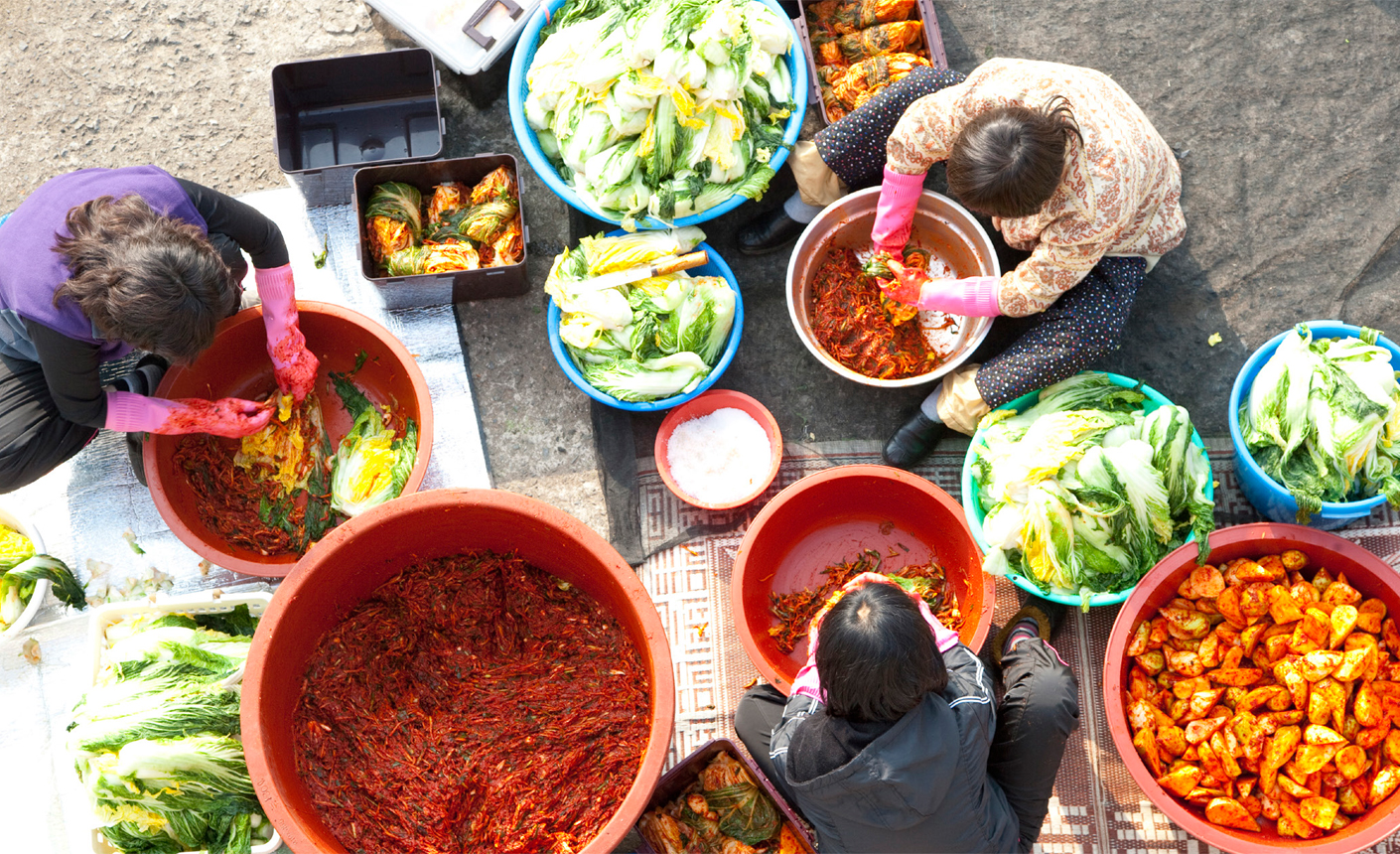 Many Kinds of Kimchi

There has been a great increase in the types of kimchi being made in Korea due to varying ingredients, the numerous kinds of condiment vegetables used in kimchi spices, the various types of jeotgal and other ingredients used and the differing ways kimchi is made. Ultimately, however, the way kimchi is made and how it tastes varies dramatically upon a household’s economic situation, social status and where it is located.

In inland regions of central Korea or in the mountains, where seafood is hard to get, people used salt and red pepper seeds in their kimchi up until the 1980s. Those living on Jirisan Mountain, with no plots of land to farm on, made kimchi with barley, potatoes, and sesame seeds instead of glutinous rice. In the eastern coastal areas, where people did not eat jeotgal as much, they used animal-based ingredients such as the dried-out gills and intestines of cod and pollack, and would then ferment the kimchi with powdered malt.

People living on islands in the southwestern part of the country used freshly-caught fish in their kimchi. The lactic acid bacteria and functional materials produced in the kimchi’s natural fermentation process removes putrefactive and harmful bacteria. In fact, people in this region placed kimchi in between lettuce leaves along with freshly-caught fish to ferment it. When the kimchi completed its fermentation process, the fish was taken out, sliced and eaten along with the kimchi; this is why kimchi was considered a great side dish.

In areas of the country such as Gyeonggi-do Province and the Hwanghae-do region of what is now North Korea―areas where people did not like the taste of seafood―beef or pollack was used instead of jeotgal to make kimchi. Ultimately, Koreans worked hard to create the best tasting kimchi they could using whatever they could find in their own environment. 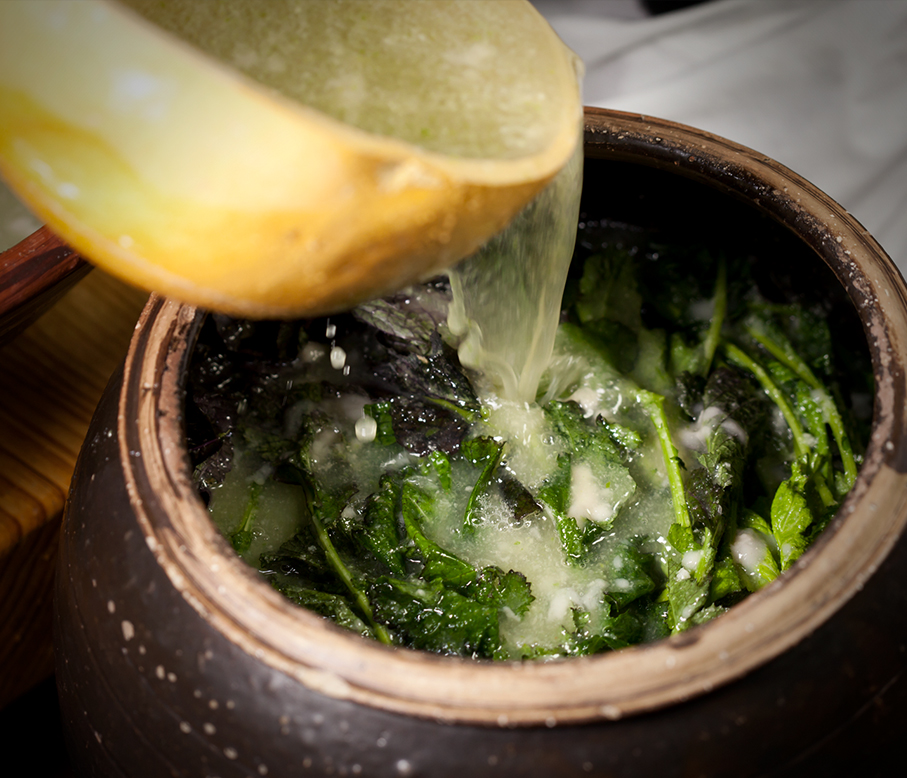 As way back as the 1920s, newspapers ran articles calling for the creation of “collective kimchi factories” to ease the lives of housewives, who suffered every kimchi-making season with having to prepare all the ingredients to make hundreds or even thousands of kimchi heads. Yet, some 100 years later, only 40% of Koreans buy kimchi. This is an amazing figure given that, as early as the 1990s, 70 to 80% of Koreans purchased soy sauce, fermented bean sauce and red pepper paste. This suggests that it is difficult to sell kimchi that meets everyone’s tastes.

While it takes a long time to get used to fermented food, it is hard to forget it once you’ve had it. Kimchi has become a unifying emotional link among Koreans because many ate it during their childhood. This explains why there are still many people who head to their hometowns to make their own kimchi before the winter, even though it is easy to buy cheap kimchi at local markets and on the internet.

We have now reached an era where improvements in kimchi-making technology allow people to preserve the lactic-acid (which gives kimchi its flavor and scent) used in the kimchi their mothers made: they can literally “insert” this preserved lactic acid into their own kimchi. While more technological breakthroughs will be needed, we are heading to a point where Koreans―united through their experience of kimchi―will be able to recreate their childhood memories of eating the same tasting kimchi their mothers made with their own families.