In November of 1995, the “kimchi refrigerator,” a home appliance dedicated to storing kimchi, made its first appearance. The new refrigerator owed its introduction to changes in Korean lifestyles that rendered the clay crocks traditionally used to store kimchi inconvenient to use. The locally developed electrical appliance embodies both traditional culinary culture and modern technology, and has transcended local love for kimchi to become an essential household fixture in most Korean homes. 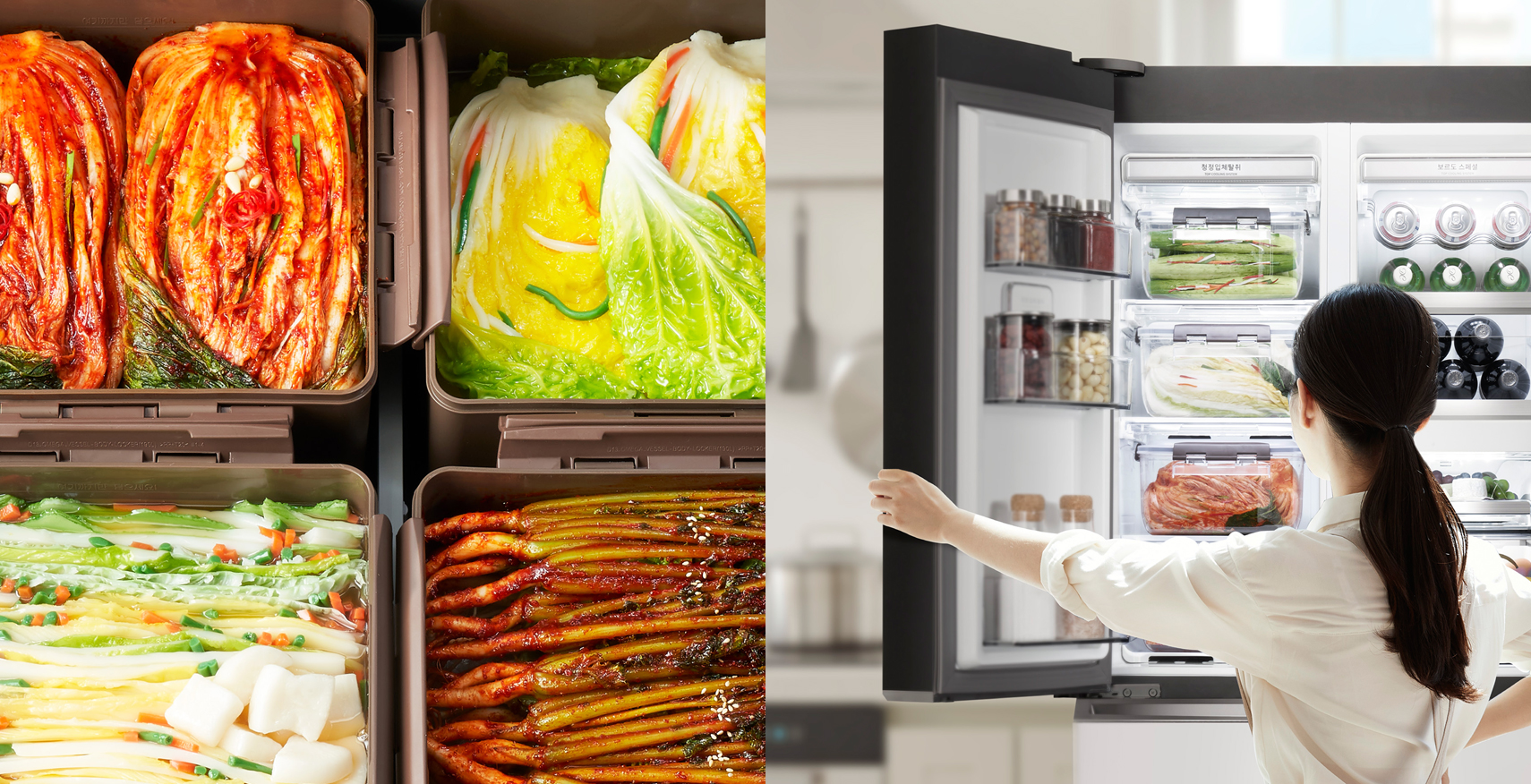 Traditionally, Koreans stored kimchi in clay crocks that were buried underground in winter. The proliferation of apartments and subsequent decline in detached houses, particularly after the Seoul Olympics of 1988, meant burying kimchi was no longer so easy. As kimchi kept in a regular refrigerator went bad after a month, a new storage method was needed. And so was born in 1995 the kimchi refrigerator, a dedicated home appliance for storing kimchi.

To develop the kimchi refrigerator, modernizing the wisdom of the past, when Koreans stored their kimchi in special clay crocks called kimchittok, was vital. “After measuring the temperature under the ground several hundred times to identify the principle of the kimchi crock, we discovered that the underground temperature is a constant ±1C on average,” said Sung Kyoweon, the product planning manager of WiniaDimchae, the company that first popularized the kimchi refrigerator. “To maintain this temperature, we adopted the direct cooling method, which is different from the regular refrigerator’s cooling method using wind. It was a method of cooling the storage itself. Hereby, the kimchi refrigerator, a digital jangdokdae (the space where the clay crocks were traditionally kept) which can preserve the kimchi’s flavor, was born.”

It was also important to research the unique characteristics of the many kinds of kimchi. “Each kimchi has a different method of storage and ripening,” said Seong. “For example, water kimchi has more moisture than other kinds of kimchi, so it is more affected by temperature and ripens much faster. Countless amounts of research and experiments were repeated to reflect these minor details in the kimchi refrigerator.”

The kimchi refrigerator has changed over time, too. One noticeable change is the configuration of the refrigerator. Initially, kimchi refrigerators were horizontal with pull-up lids, imitating the space where the kimchi crocks were stored. Later, they became vertical, free-standing appliances, which are more convenient.

The bigger transformation, however, is the continuous development of functions tailored to the many varieties of kimchi.

There are continuous efforts to reflect the preferences of customers as well. While the early kimchi refrigerator focused on storage, current kimchi refrigerators have a maturation function. “Some people like fresh kimchi that tastes like it was made yesterday, while others prefer thoroughly ripened kimchi,” said Seong. “The current technology of the kimchi refrigerator has reached the point where the fermenting period of one year required for ‘ripened kimchi’ has been shortened to six weeks.”

The kimchi refrigerator now has its sights set on the world market.

“When you study the dietary culture of the world, you find a lot of places have a culture of fermented food like us,” said Seong. “Some examples are sauerkraut, yogurt, cheese, aged meat, tropical fruit and dates. We are planning to make customized products that localize fermentation science as embodied in the kimchi refrigerator, targeting fermented food all over the world.”